To appreciate these animal adventures, all you need is a taste for the bizarre, a thirst for travel, and a passion for creatures. Check out eight awesome travel destinations where you can encounter some super-weird critters!

Narwhal Your Way to Nunavut

Commonly known as the "unicorns of the sea," narwhals are bizarre creatures with long, spiraled tusks sticking out from their heads. Members of the more than 80,000 Narwhal population can weigh up to 4,200 pounds.

Fun fact - the tusk is actually a single enlarged tooth that can grow up to 10 feet long. Call the dentist!

For a cool $9,995, you can stay at the Arctic Kingdom Premium Safari Camp in Nunavut, Canada where a guide on snowmobile will take you on an exhilarating sled ride. Zip up your warmest parka and get ready for Narwhals galore.

Save the Saiga Antelope in Kazahkstan

The Saiga Antelope has distinct looking inflatable nose that it uses to breathe in clean air in the dusty summer and warm air during the winter. During the migration season, tens of thousands of Saiga travel together in a gigantic herd. They have light, cinnamon-colored coats in the summer but become 70 percent thicker and bright white in winter. Unfortunately, there has been a dramatic drop in the Saiga population due to a recent mysterious disease outbreak.

After an exciting day frolicking through Great Dala, Kazahkstan on a guided tour, rest easy in a traditional yurt under the stars. Bring binoculars and your awe of the natural world.

Although beautiful, the mantis shrimp is an aggressive predator. Using the two appendages on the front of their body, they strike their prey with the same velocity as a gunshot from a twenty-two caliber rifle.

An all-inclusive diving safari package may be the best way to go in order to minimize travel and maximize your mantis shrimp time. Bali Diving offers a two-day, one-night package with dive sites in Padangbai and Tulamben.

If you want to see one of the most unique species on earth with a lineage of over 125 million years, the Goblin shark is for you! This weird shark likes to hang out between 885 and 3149 feet under water, so you won't see him if you're just going for a casual dip. His jaws stay tightly shut while swimming, but when he wants to feed, they extend like a terrifying catapult to trap prey. Similar to a metal detector, the Goblin Shark's electrosensitive snout picks up electric currents in shrimp, fish, squid and other soft-bodied prey.

To make the deep dive you will want to first train with some experienced scuba professionals. Relax after a challenging and exciting day of diving in the Merimbula Divers Lodge on the far south coast of New South Wales, Australia. Or, for a guaranteed view, check out a preserved Goblin Shark at the Australian Museum in Sydney.

Admire the Aye-Aye in Madagascar

The nocturnal Aye-Aye is only found on the island of Madagascar. Though she looks more like a shocked, jaundiced racoon, the Aye-Aye is actually related to primates such as chimps, apes and even humans! Unique features of the Aye-Aye include incisor teeth that never stop growing, giant ears, and a skeletal-looking middle finger that is used to sense prey. Hungry for larvae, the Aye-Aye taps on trees listening for an echo that indicates there is an insect tunnel inside. Once prey is discovered, the Aye-Aye bites the bark of that section of the tree and uses its long, flexible finger to spear the larvae. Lunch!

Your best bet is a guided safari in Masoala National Park, Madagascar where the Aye-Aye is abundant. The special Aye-Aye safari with Zambezi Safari Company starts and finishes in Antananarivo, Madagascar's capital. When you see one, you won't believe your Aye-Ayes!

Cackle at the Cassowary in Queensland

Flightless and large, the cassowary is distinguished from other giant birds by its hard helmet called a casque. The casque begins to develop around age two and is made of keratin, the same material as human fingernails. The purpose of the casque is unknown. Since they can't fly, cassowaries have developed the ability to sprint at speeds up to 30 mph and jump as high as five feet. Because the females are larger than the males, males must confirm that their prospective mate is receptive or face a violent attack.

Run by a husband and wife with a passion for native wildlife, the Cassowary House in Queensland, Australia offers accommodations and tours in the middle of the world heritage tropical rainforest. You can see the birds right from your patio while enjoying a fresh homemade breakfast.

Gaze at the Glass Frog in Costa Rica

Glass frogs are named for their amazing translucent bellies. Their beating heart and other organs are completely visible through their skin. This critter lives almost exclusively in the trees and prefers to lay eggs on the underside of leaves overhanging small bodies of water. The males guard the eggs and keep them moist by urinating on them. Some say glass frogs bear a striking resemblance to Kermit the Frog. Whether you are a fan of the Muppets or natural beauty, the glass frog is not to be missed.

Where to Stay: When in glass frog land, do as the glass frogs do and stay in the trees. The Tree Houses Hotel in Santa Clara, Costa Rica offers beautiful tree house accommodations and full service adventure tours. Keep your eyes peeled for the glass frogs while enjoying your unique experience in a Costa Rican rainforest.

Snuggle with the Star-Nosed Mole in Smokies

The star-nosed mole looks like an odd cross between a large rat and a weird octopus. You'll know him when you see him by the 22 tentacles sticking out of the place where his face should be. The star shaped collection of tentacles has over 100,000 nerve endings squished into an area barely 1 cm wide. The blind creature uses this strange organ to sense and capture prey at insane speeds. One researcher recorded the star-nosed mole identifying and consuming a worm in 230 milliseconds. Yikes!

Camp out in the backcountry of the Great Smoky Mountains National Park in Tennessee to get up close and personal with the star-nosed mole. The animals are semi-aquatic and prefer low, wet areas such as wet meadows, marshes, and low wet ground near streams. Check out Little River, Metcalf Bottoms Bridge and other areas where star-nosed moles have been sighted. 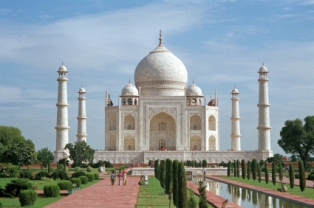