A regular commercial flight is very much like a microcosm for society at large. Passengers come from all walks of life, flying to whatever destination for all kinds of reasons. And all these different personalities are stuffed into a cramped metal tube, soaring through the air at 500 mph.

When you've got at least a couple hundred of these personalities sitting shoulder-to-shoulder for hours on end, you're bound to encounter a few familiar characters.

It's bad enough that you are stuck in such a confined space with thin air to breathe. It's that much worse when the guy sitting next to you has a serious body odor problem. And to elevate your discomfort to a whole new level, the fellow with questionable personal hygiene habits is all too comfortable in his own skin. Plus, he's not totally aware that your confined space is not part of his confined space.

Immediately upon sitting down, he promptly removes his shoes to allow his delightful feet to air out. Furthermore, he has packed along a few of his favorite snacks for the trip and you begin to understand the origins of his ghastly stench. He's making himself at home and treating the cabin like his personal living room. 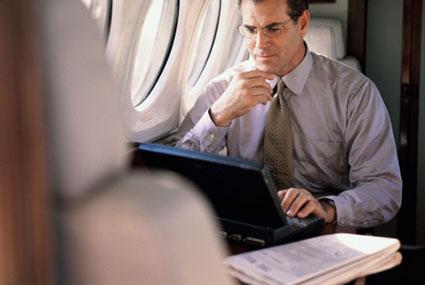 Some people travel for leisure, but not this guy. He's all about optimizing his productivity regardless of whether he's in the office or not. He's taking an important call while waiting at the gate, he's firing off emails from his BlackBerry before takeoff, and he whips out his jet black ThinkPad the moment he's allowed to fold down his tray table and access the in-flight WiFi network.

Don't even think about initiating any sort of conversation with a business traveler like this. He's got work to do and he has neither the time nor the patience to deal with your meaningless small talk. You'd think - until you catch him procrastinating with some Minesweeper. 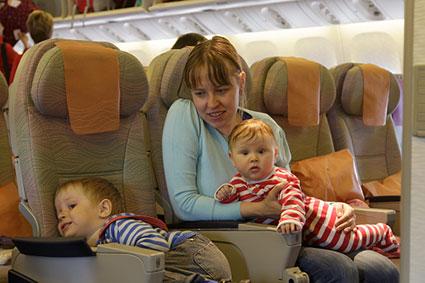 She's the one trying desperately to wrangle her two-year-old and prevent him from constantly kicking the seat in front of him. Her hair is usually tied up in a messy bun, because it requires the least amount of work, forever reaching into a seemingly bottomless diaper bag, pulling out a new snack option or yet another toy every time you glance over. That bag is like a TARDIS - is it really bigger on the inside?

While it's quite possible that this mom is traveling with a toddler for the first time, it's also equally possible that this chaotic existence is the norm for this poor overwhelmed parent. Flying with kids is never easy, so maybe you should cut her a little slack. Even if the kid keeps screaming at the top of his lungs and kicking the back of your seat. 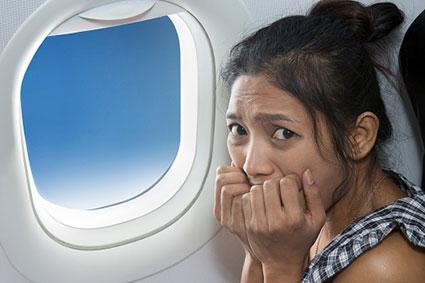 Do you remember your first time? Get your head out of the gutter; this is the person who is flying for the first time.

It might be anxiety or it might be excitement, but you can see that she can barely contain herself in her seat. She's literally shaking as she frantically reads over the evacuation instructions card for the fifteenth time and triple-checks, yet again, to make sure her seatbelt is securely fastened.

That nervous energy is certainly palpable, although it might not be immediately clear if she is actually afraid of flying. She might ask you if she put the right information on her luggage tags or if that microscopic turbulence should be a cause for concern. Perhaps you should get her a drink.

5. The Grandpa in a Hawaiian Shirt 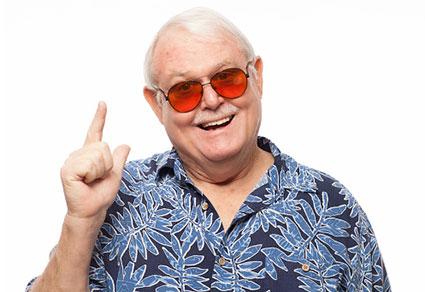 If you're looking for pleasant conversation with the most relaxed person on the plane, look no further than the kindly older gentleman in beige khakis and a particularly eye-catching Aloha shirt. The retiree has nary a worry in the world and he has more than a few great stories to share with anyone who cares to listen. Has he told you about his beloved grandkids yet?

Unsurprisingly, grandpa is either on his way to or back from playing a few rounds of golf at his favorite course. He might say a few things that could be deemed inappropriate by today's standards, but he doesn't really mean anything by them. Just make sure you give him the aisle seat.

Taking to the Friendly Skies

Flying can be both fun and infuriating, relaxing and nerve-racking. If you take a look around the cabin at your fellow flyers and don't recognize at least some of the more colorful character archetypes on board, there's a distinct possibility that you're the weirdo that everyone else is quietly judging. Safe travels!