We all have family vacation stories. Some are better than others, but road trips are hit and miss. We do our best to keep spirits up, but being in a confined space with several other people (with the potential of friends) can get cramped. Deep breath... you can survive the treacherous situations of a family road trip and actually end up enjoying the ride. 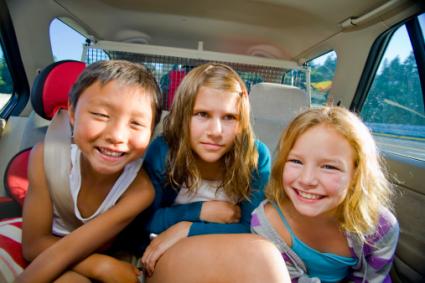 Typically, the seat choosing hierarchy goes in age order, with your man getting the driver's seat and you taking the passenger's quarters with the occasional tag out. After the coveted window seats are claimed, only the middle seats remain--for the youngest kin. This means no headrest, zero legroom, and likely providing their services as pillow for one (or both) of the siblings surrounding them. Major bummer. This leads to groundbreaking arguments, and the dreaded, "Mom! Johnny's putting his arm in my space!" complaints.

Solution: Put your foot down. These shenanigans needs to stop early, or you are doomed for the rest of the trip. If Susie and Johnny are typically the problem children when sitting together, don't put them together to begin with. Spare the entire car on this one. If the problem happens mid-trip, don't pull the typical, "If you don't cut it out we will turn this car around," because you won't. It's an empty threat. However, you can cut the things from the trip that they are dying to do if you must. You don't want to, but it's the ace up your sleeve if you need a last resort. The mere mention of it will likely get these rebels on track pretty quickly.

2. Control of the Jams

Alright. It is tough to make everyone in the car happy with the music selection, especially when you have a big family. Barbara Streisand is a big no-go, daughter's techno will make your head explode, and your eldest son's hip hop will actually make you consider walking to your destination. However, the driver typically wins out here, which is usually the patriarch of the fam. That means oldies all day. Sure you might strike it right with the occasional Rolling Stones or Bob Dylan hit, but Herman's Hermits and The Archies (please reference "Sugar Sugar") will send you into a cycle of insanity after four hours of this madness.

Solution: Charge up that iPod, grab some headsets, and control your own musical destiny. If you are in this trip for the long haul, bring a car charger. This charger from eBuddies is a great option as it offers 3.3 feet of cable, so you can reach a socket from pretty much anywhere. It also offers a USB port-how convenient! Side note: don't be ashamed to take a quick pause when The Animals come up on the rotation--I'd do the same. 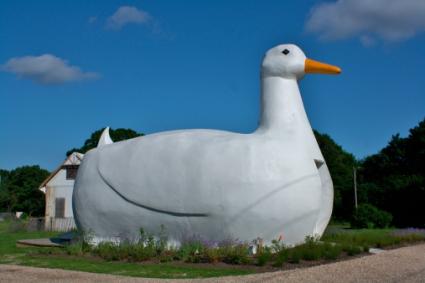 You are trying your best here because the car ride is just as hard on you as it is on the kids, but the world's largest ball of twine is pretty rough. You'd almost rather take the time to tough it out and get closer to your destination, but you have to break it up. ON the other hand, every time you stop, the longer this travel time gets too. Who decided that the Spam Museum was a good idea to begin with? To top it off, the kids bring an extra layer of whining to the mix. Really fun stuff.

Solution: Get the kids involved with the roadside attraction selection process. Instead of allowing them to roll their eyes and make this situation even more miserable--have them step up! Here are some cool ideas:

Do a quick search of your route; you're sure to find a few gems. You'll find that the whole car will actually be amped for these stops! 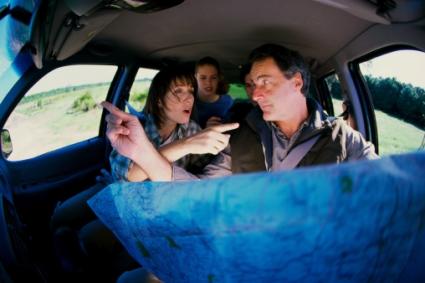 The fam had a great roadside stop, everyone is feeling refreshed--then you take a wrong turn. After roughly 40 minutes, you realize the car is off-course, and everyone goes into panic mode. Your hubby pulls out some choice words from his vocabulary toolbox, your daughter is stoking the fire with some passive-aggressive one-liners, and your son seizes his opportunity to control the tunes--only further sending your man into self-destruct mode. Who's manning Google Maps as you are all hurling farther into the abyss of the wrong direction?

Solution: This is a very critical moment for someone to act because, like the many times The Millennium Falcon narrowly escaped complete obliteration, this will take some teamwork to navigate around. Grab your iPhone and get the team back on track! Do not stir the pot. I repeat, do NOT stir the pot. These people are like animals backed into a corner ready to strike right now--you do not want to go up against that. Offer your daughter your favorite mag to quiet her complaints, get the spouse's radio back on his station (it'll regenerate him somehow), and get your son talking about the cool stuff you are going to do on this trip thus taking his attention off the radio. It's like cutting that blue wire right in the knick of time. Whew.

Everyone decides they want to play a game. Harmless, right? There are quite a few car classics: The Alphabet Game, The License Plate Game, or even I Spy. If they are done right, it can be a great way to take some time off of the clock with a few laughs involved. But there's always someone that takes it a little too far. Case in point, giving dead arms during The Slug Bug game, or cheating when finding "Q" during the Alphabet Game (that stupidity takes at least a half an hour to find--liar). This causes an in-car court case to commence, involving choosing sides, accusations, and a verdict-causing tension for a good long while.

Solution: Establish some ground rules beforehand if you know you're this over competitive family. When the game escalates to lawsuit levels, call in a witness. If there isn't a witness to back said claim of seeking letter "Q"--it doesn't count. Another solution could be that perhaps the players have to snap a photo of the items they are claiming on their iPhone. Did that "Q" appear on a license plate that turned off the freeway? Perhaps it really did. This keeps the game fair. Either way, the he-said-she-said situation rarely ends well. Also, be prepared to play mediator. 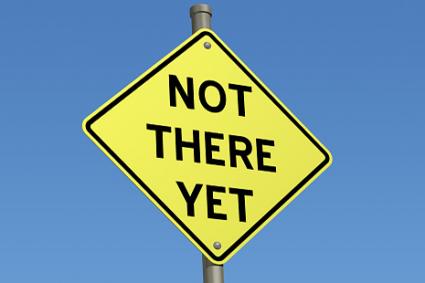 The car ride is long. You want to be there--everyone does. But there's that child that asks, "Are we there yet?" every 10 minutes, making you want to tear your hair out. No, you're not there yet, you're in the middle of the stupid desert, and 15 minutes later--yup desert. Way more desert. This is worse than Chinese water torture.

Soultion: Does it look like you're there yet? Tell them they're on map duty. This gives them a job to occupy their time and also gives them your exact ETA at the same time. Not to mention it gives your sanity a major break.

There's always someone that has to use the bathroom every hour. Do they drink nine bottles of water before entering the car then proceed to down five more every half an hour? You feel like you know more about the locations of every rest stop across the United States than the actual destinations you visited. Is their bladder non-existent? Hubby gets annoyed that you need to stop, and the other kids get restless. It becomes a bigger disaster the more it happens.

Solution: Unfortunately, there isn't a great solution here. You can't tell someone that they can't use the bathroom if they do, in fact, need to go. In this case, you are the one who can change the attitude of the car. Take this time to encourage everyone to get out of the car, stretch their legs, take in some fresh air, buy a snack they really like, or search out a hilarious trinket. Happiness is a choice.

8. Channeling in on the TV

If you're lucky enough to have a car TV, it's both a blessing and a curse. This means that everyone has to come together to select what will be shown on this single screen. I think you see where this is going. Choosing between rom-coms, sci-fi, action, and cartoons can lead to your own unscripted drama in the back seats, and no one wants to go through that emotional catastrophe.

Solution: This is dangerous territory if one kid loves horror movies but another kid can't even sleep without a light source--that is going to be a tough compromise. However, there have to be SOME movies everyone can come to terms with. Comedies are a pretty safe option for the most part. Before the trip begins, have all the kids come together to select some options they can all live with. "Alien" might not make the short-list, but perhaps "The Nightmare Before Christmas" will. Remind them that they all play for the same team!

Taking on those country roads can be a real beast after quite a few hours; confined spaces, and (many) petty arguments can definitely take their toll. The thing is, you really should cherish these moments because they go by so quickly. Before you know it, everyone grows up and starts their own families. These are the times you should look back at with fondness and laughter. After all, memories and these precious moments are what family vacations are all about.

2
Comments
© 2006-2020 LoveToKnow, Corp., except where otherwise noted. All Rights Reserved.
Resources, Advice & Tips for Covid-19
Read More
How to Survive a Roadtrip With Your Family