One of the trickiest parts of traveling is knowing when or who to tip and how much is appropriate. Although a tipping guide can be helpful in avoiding tipping too much or too little and to know when you should keep your money put away, there are no absolute rules to tipping. Tips are very much subjective to one's perception of the service performed. The guidelines can be complicated with varying information and different amounts expected by industry type, level and location.

Tipping in the United States

According to information gathered from Trip Advisor, CNN and Fodor's Travel, typical tipping amounts expected in the U.S. are as follows:

Although most tipping in America is pretty standard, there are a few exceptions when it comes to location or the type of establishment serving you.

Look at your bill carefully before you add a tip. In the U.S., it's common for restaurants to automatically add a gratuity of 15 to 20% on parties of six or more at one table. CNN indicates automatic gratuities in restaurants are also becoming more common in tourist destinations such as Miami and New York, as many foreigners are unfamiliar with the practice of tipping. 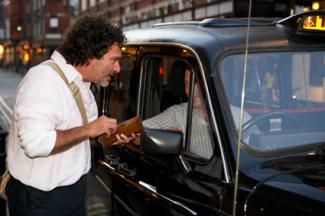 Mastering domestic tipping guidelines is complicated enough, and they become even more complex when considering international travel. Your best option is to look up tipping guides for the specific places you plan to visit, as customs may vary from one region to the next. It's important to note that even among travel experts you will still find small discrepancies when it comes to tipping.

The following examples of international tipping customs (or the lack of them) were compiled using a variety of reputable resources including Fodor's Travel, Condé Nast Traveler and the Business Insider.

Tipping is not expected in Australia, and hospitality workers get paid enough not to depend on tips. However, they are appreciated for exceptional service and are becoming more common in pricier establishments.

In Great Britain (and most of Europe) tips are usually included in the bill at restaurants, labeled as a service charge or optional charge. This fee can be adjusted to a level you feel comfortable with. Tipping is not expected in pubs.

If you see service compris written on your dining bill, a tip is not necessary but locals will often leave up to 10% anyway. Tips are not expected in bars, but don't be surprised to see a 15% service charge added to your bill.

Rounding up the bill to the nearest euro is fine for small bills when only ordering one or two items such as drinks or coffee. When paying for an entire meal, it's best to use a percentage. Germans have no qualms about generous tips.

Enjoy the romance of a gondola ride through the canals in Venice without worrying about tipping the gondolier, as it isn't customary to do so. Service charges commonly appear on bills and tipping in general isn't practiced or expected in Italy. Tip if you feel inclined because of excellent or prompt service, as doing so is likely to encourage more of the same.

Tipping is not expected or customary in Spain. However, it is becoming more commonplace in touristy areas, being influenced by travelers who are accustomed to tipping. Although Spanish locals are not big tippers, those that do stick with small change and single euros on everything but elaborate meals, which sometimes get gratuities of 5 to 10 percent. When receiving extraordinary service, free coffees or liqueurs, help translating the menu or special meal preparation, show your appreciation with a tip.

Tipping is not at all common in Japan and handing money directly to a service person can actually be offensive. In the few cases where it is accepted, currency should be kindly presented in an envelope using both hands. Tour guides do not expect tips but it is acceptable to offer one.

Similar to Japan and other Asian countries such as South Korea and Thailand, tipping is not part of the culture in China. The main exception is tour guides. Fine hotels and restaurants that cater to travelers usually include a service charge, but nothing is expected or really allowed beyond that.

While not a customary tradition in Greece, tipping is perfectly acceptable and appreciated. Always leave the tip in cash even if you pay the bill with a credit card.

Cape Town Magazine tells of a distinct service in South Africa not found anywhere else in the world. They are called "car guards," public servants who assist with parking and looking after cars. Car guards range from hard-working individuals trying to feed their families to those looking to buy their next bottle of wine. If you rent a car to get around, use discretion when deciding whether a vest-wielding car guard has earned 2 to 5 rand of gratuity or is too drunk to remember which car is yours. 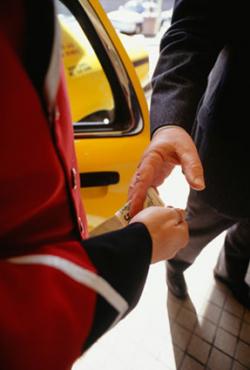 Some countries are similar enough to the U.S. in terms of tipping etiquette that it is fine to use the same guidelines. They include:

Other similarities amongst worldwide tipping practices include:

Rely on an App

Don't get caught unprepared if you didn't research tipping guidelines in advance of a trip. Download an app to your smart phone such as Tipping Bird or Global Tipping. These apps can help with currency conversions, tipping the right amount and even how to present the tip.

The old adage of 'do as the locals do' holds true with tipping, as social etiquette is always subject to change. If you are able to observe how the locals tip, feel free to follow their lead. You can also ask about tipping in a friendly conversation with the concierge at your hotel or another local resident. Avoid asking the person you plan to tip directly, as it puts them in an awkward situation.

Always tip service people in the local currency, as many would be unable to convert U.S. dollars or coins themselves. Be sure to carry small denominations of the local currency for tips when you are out and about in another country. Currency conversion centers are often located in international airports.

A tip is a gift of gratitude for good or exceptional service. Don't feel pressured to part with money if you feel the service was lacking. Assigning value to the service you receive is totally at your discretion.