Located in the 8th arrondissement, the Champs-Élysées is a famous avenue in Paris. It's renowned for its beautiful tree-lined sidewalks, filled with luxury brands and restaurants, theatres, cafes, and more. It's also home to the Arc de Triomphe, one of the city's most popular tourist attractions.

History of the Champs-Élysées

Considered one of the world's most famous streets, the Avenue des Champs-Élysées stretches only 1.17 miles from the Place de la Concorde in the east to the Arc de Triomphe in the west.

The Champs-Élysées originated in the 17th century. Queen consort of France, Italian-born Marie de Medici ordered an avenue of trees to adorn the newly stretched boundaries of the Palais des Tuileries' gardens. From these origins of being a mere boundary, the Champs-Élysées soon grew as an important throughway in Paris. 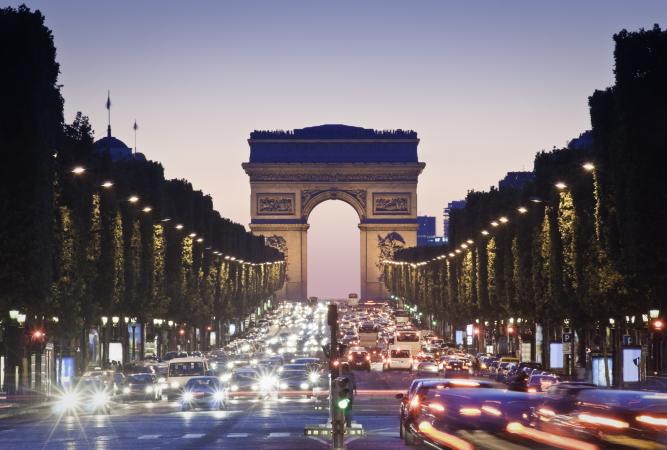 It wasn't until 1828 when the avenue was officially declared municipal property in Paris, which is when the city gave the go ahead for fountains and gas lamps. By the end of the 19th century, it was gaining a reputation as a fashionable avenue, a reputation it still upholds to this day.

One of the city's most noted events took place there in 1940 when German troops marched down the Champs-s to celebrate France's fall during World War II. It was four years later that American soldiers made a similar march to celebrate liberating Paris and the end of the war itself.

The avenue has continued to grow and Paris even widened the sidewalks in the 1990s to help accommodate the high influx of visitors and residents. The President even stays at the Élysée Palace, which is just nearby. It comes as no surprise that rents are some of the highest here with some buildings charging $1.5 million and up annually for around 1,100 square feet of space.

Origin of the Name

The name "Champs-Élysées" is French for the Elysian Fields from Greek mythology where the dead heroes are believed to go. In France, it's often referred to as "La Plus Belle Avenue du Monde," or the most beautiful avenue in the world.

The avenue is home to several landmarks and points of interest.

The modern day Champs-Élysées is a vibrant spot for shopping, eating, and people watching. The shops have been governed by a group called Syndicat d'Initiative et de Défense des Champs Élysées since 1860. This was upgraded in 1916 when companies such as Louis Vuitton joined together to maintain the reputation and promote the famous street.

Some of the finest fashion boutiques still adorn this popular Paris street. Visitors who enjoy buying or merely browsing through some of the haute couture France offers regularly flock to the Champs-Élysées. The promenades are also laced with a selection of bistros and restaurants, offering a variety of foods for hungry passers-by. From haute cuisine to fast food, there are vendors and restaurants offering wares of all kinds. Parisian bars and cafes also adorn the streets, offering visitors the chance to quench their thirst while watching the world go by. 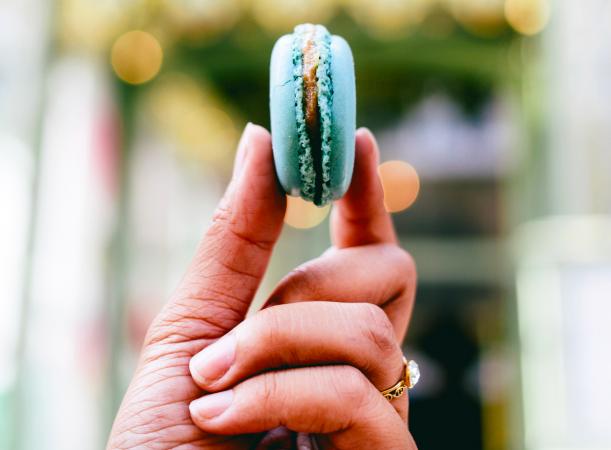 Paris by Mouth has a good round up of restaurants that are decent and consistent around the Champs-Élysées. Time Out Paris is another good resource for more food options along the avenue.

Consider a visit to Le Lido if you're interested in a nighttime theater show. Their show Bonheur ran for over 10 years and now Paris Merveilles recently debuted after a big €25 million renovation. It's one of the few historical upscale nighttime spots that survived what's been termed the modernization of the Champs-Élysées.

The Champs-Élysées is also a great place to catch a movie. Theaters like Cinema Balzac are hot spots for film enthusiasts and cinematography fanatics.

Hotels Near the Champs-Élysées

There are a number of hotels on and near the Champs-Élysées. Some notable ones include:

There are numerous events and celebrations in which the French customarily flock to the famous boulevard. 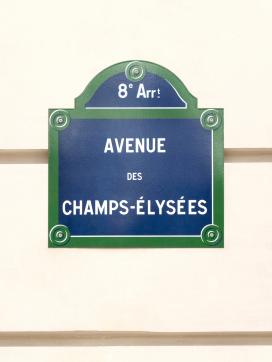 Tips for Visiting the Iconic Avenue

Summers, especially on the weekends, are some of the busiest times to visit the Champs-Élysées. Consider going on a weekday and/or visit during the morning when the stores are first opening. Avoid European holidays, especially French holidays, unless you want to enjoy the big crowds for events like Bastille Day.

Some people have argued the addition of many "modern" shops and fast food joints have cheapened the avenue. However, it's still very pricey, especially when it comes to food. If you're on a tight budget, explore the area but look for dinner away from the avenue.

Along the same lines, hotels in prime locations like this tend to be extremely expensive. Budget-minded travelers should look for accommodations elsewhere in the city to help save some money.

Like other areas of Paris, pickpockets are plentiful here, so be on the lookout. Also be wary of people that seem overly eager to help you take pictures in front of landmarks like the Arc de Triomphe. They may wind up running off with your gear. Always exercise the same common sense as you would traveling elsewhere in the world.

No visit to la Ville Lumière (the City of Lights) would be complete without at least a short stroll down the Champs-Élysées. Gaze upon the Arc de Triomphe, indulge in a macaron or two at Ladurée, and window-shop at some of the world's top fashion boutiques.