Las Vegas is a travel destination where visitors can spend a lot of money on fancy rooms and luxurious amenities, but there are also great deals on hotel rooms for budget-conscious travelers. There's no reason to overspend on a hotel room when you're likely going to spend most of your time exploring the casinos, experiencing the attractions and watching the shows.

Getting a cheap hotel room in Las Vegas is easier than you might think. Most of the hotel room rates and rate ranges described below were taken from the Google Hotel Finder tool, plus comparison shopping sites like Expedia. The room rate can vary considerably, so be sure to shop around for the best going price for your dates of travel.

On the Las Vegas Strip

The Strip is easily the most popular place to stay when visiting Las Vegas. There are lavish resorts and hotels like the Bellagio that will never be considered cheap, but there are definitely great bargains to be enjoyed that are still in the most convenient of Las Vegas locations. 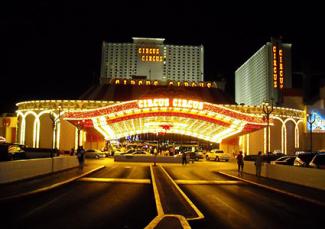 During the busier times of the year, hotel rooms on the Las Vegas Strip can skyrocket in price, so bargains aren't always available there. Some people may also prefer to get away from the noise and clatter of the Strip, while still having easy access to the casinos, shows and other attractions. Staying just off the Strip can be an affordable alternative to consider. 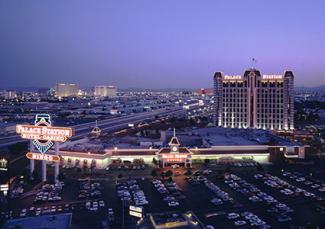 Considered the older part of Las Vegas, the Downtown area is filled with history, character and the famous Fremont Street Experience. Access to the Strip is a short public bus ride away. 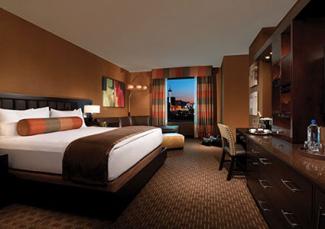 Tips to Save on Vegas Accommodations

These are only a few of the many affordable hotel options available. With a little research, you can save a great deal of money on rooms in Las Vegas. Be sure to visit the hotel websites for special discounts and deals, as special offers change frequently. It can be worthwhile to combine airline tickets with hotel rooms as travel packages too, as the combination can be cheaper than what you would pay separately. Frequent flyer miles, hotel loyalty programs and other clubs may also provide free or discounted rooms.

Some other key factors to consider include: 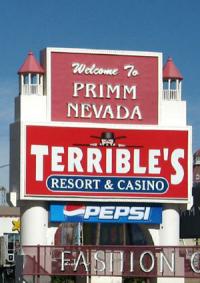 Plan Ahead to Save the Most

As with any vacation, planning ahead for your Las Vegas trip is the best way to get the best deals. While there are always last minute deals to consider, planning ahead allows you to comparison shop for better hotels at better prices, sometimes getting free show tickets or free buffet meals as part of a promotion. Sometimes, the key is finding the balance between going as cheap as possible and extracting the greatest value. That's how you can come out a winner in Sin City.