You don't have to be a veteran tour guide to come up with fun games for adults who are traveling on a bus. There are many ways you can keep boredom at bay when cruising down the highway for hours on end. After all, there's only so much chatting and staring out of a window one can take before the ride starts to take its toll.

If you are traveling with an entire bus filled with people who know each other, then the following games will be a breeze to play. However, if you are traveling with a group of adults who are not all acquainted with one another, and who may not want to participate in game play, then you might consider having some passengers move seats, so that the ones who want to play games are seated together.

Create your own or print online versions of travel bingo cards which feature items that can be viewed inside or outside of the bus. Examples of items include: 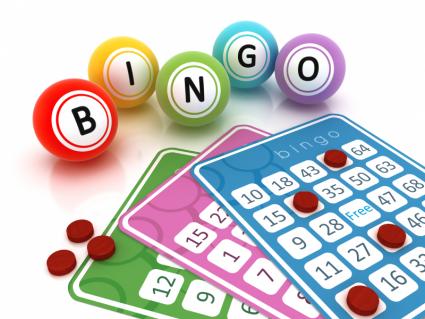 Each passenger gets a card. The caller announces the items in random order. The person who fills his bingo card first wins.

Magnetic bingo features traditional cards with magnetic disks that allow passengers to play the game in a moving vehicle without worrying about losing pieces. The caller picks numbered and lettered balls from a bag and calls them out during play. The first person to complete a bingo pattern, wins.

Write out a list of items that you would see on a long road trip, such as farm animals, fast food restaurants, motorcycles, etc., and give each player a copy. Whoever locates all of the items first wins the game.

This game requires the cooperation of the bus driver. Have the driver use a piece of chalk or a pencil to draw numbered slots on the bus' steering wheel and a pointer pointing down to the wheel. Next, take a piece of paper and number it with the same number of slots as found on the steering wheel. Each player guesses where he thinks the pointer will land when the bus stops at the final destination. The grand champion is the one who correctly guesses what number slot will end up at the top of the wheel when it stops.

Pick a topic, such as names of celebrities or titles of movies or TV shows. The first person says a name, such as "Michael Jackson." The next player must use the first letter of the celebrity's last name, in this case, "J," to come up with another name, such as "John Travolta." Start at the front of the bus and work your way back. Any player who misses a turn or stumbles while thinking of an answer is out.

Have people sing a line or two of a song of their choice. People can then guess what song it is. Whoever guesses correctly gets to sing the next song. If a radio is playing, this can be done with a song when it first comes on.

Try to complete the entire alphabet by finding words outside that start with that letter. Words can be on cars, road signs, billboards or on buildings that you pass. When a person sees the next letter, they shout out the word they see. This game takes a group effort, so it is ideal for a bus trip.

One person begins by mentioning a city. It can be from anywhere in the world. An example would be San Diego. The next person must mention a city using the last letter from the previous one. So that person could say Orlando.

Have a person mention whether she is a person, place or thing. The others ask the person 20 different questions. The person can only answer by saying yes or no. Whoever guesses correctly gets to be the next to choose what to guess.

Games can add fun and excitement to a long bus ride. However, not all adults want to join in the fun and games. Some passengers prefer to read or sleep during bus rides, which means there are fewer people to play games with. If you are traveling on a bus with a smaller group of game players, then consider these activities to pass the time:

Smaller versions of classic board games, such as Scrabble and Backgammon are designed for use in the car or on a bus. The boards typically feature recessed spaces to hold game pieces in place.

Gather two to five people and play a spirited game of cards.

Several companies manufacture magnetic chess boards and pieces that allow you to test your skills on the road without worrying about losing game pieces.

Adults of all ages can kill time on a long bus ride by playing video games. Handheld systems, cell phones and smart phones are popular electronic devices that allow users to play a variety of games while on the road.

This classic can be enjoyed by people of all ages. To begin, one person silently picks an object and then says "I spy with my little eye" a hint of what object it is. The others then ask questions to try and figure out what object the first person picked. 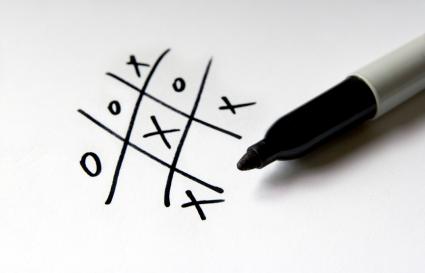 Take an ordinary crossword puzzle and use a fun twist. Have one person fill in the word while the other asks questions about what the word is. You can make this as fun or complicated as you wish.

Have preprinted sheets of paper with games of tic tac toe on them. Seat mates can challenge one another to a game of tic tac toe.

To make the most out of any bus trip, be sure to have a variety of games available so that there is something for everyone to enjoy. Games can be a great way to pass the time and get passengers to know one another a little better.