Before tablets and other electronic devices, people would play games for entertainment on long road trips or flights. Playing games can eliminate the boredom of sitting for long periods of time waiting to arrive at your destination. Whether played in the car, on the plane or in the airport, these games can make time fly.

While movies and videos can amuse kids on a trip, you might want children to do more than stare passively at a screen. An interactive game is a perfect remedy to engage those developing minds and help the time fly by. 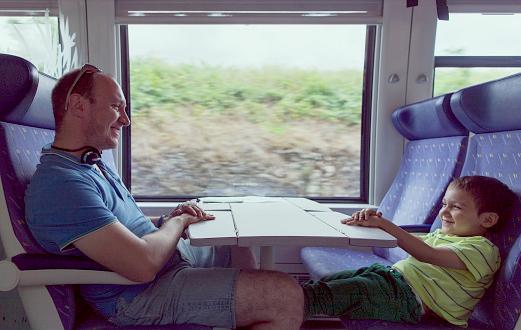 While best played in a car, this game can also be played in an airport, train station or anywhere there are lots of signs. Starting at the beginning of the alphabet, each player must find the letter "A" somewhere on a sign, license plate, or similar. The player then moves on to finding the letter "B," and so on. Each sighting can only be counted once. The first player to reach the letter "Z" wins.

This game is great for preschoolers and can keep them entertained for long periods of time. The game starts when one person spies something and recites the line, "I spy with my little eye" and ends this sentence with a clue. Everyone playing takes turns trying to guess what the mystery item is.

This game is simple enough for preschoolers to play. The basis of this game is that the first one to spot a yellow car, sign or license plate calls out "banana" and scores a point. This game can be played for several exits or until you arrive at the next rest stop. You can mix up this game by choosing a color and fruit of your choice such as the color red for apple.

This is a great game for children two to six years old. Pick one child to be Simon. The fun of this game is that everyone must do whatever Simon says such as touch your foot or your nose. A player is out of the game if he or she doesn't follow Simon's instructions correctly, does it before Simon says, or performs an action when the instruction wasn't preceded with "Simon says."

This popular standby that originated from the ancient Roman Empire around the first century A.D. needs two players, a 3 x 3 grid and a pencil or pen. Player one places an X on the grid, player two plots an O. The purpose of the game is to place three of the same connecting marks in a horizontal, vertical or diagonal row on the grid. Go online to print out a handy grid sheet.

While young adults may be harder to entertain, there are several games that may keep them actively engaged.

Each subsequent player repeats the phrase and lists all previous items, in order, and adds an item beginning with the next letter. Anyone who forgets an item is out. The person who completes the entire alphabet wins. An example for the letter "F" might be "I'm going to Mumbai and I'm going to take an albatross, a basket, a CD player, a dog, an extra large pizza and a flute." Of course, you can replace "Mumbai" with the name of your destination if you'd like.

This playground favorite can be played just about anywhere. Start with a steady cadence of six beats: two pats on the legs, two claps of the hands and two finger snaps. After the cadence is established, one player calls out the following, one phrase per beat set: "Categories... such as... names of." The player then announces the category, and the cadence continues. Each player, in turn, must name something in the category before the cadence is complete. If they do not, they are out. The last person left wins and establishes the category for the next round.

Examples of good categories include colors, flowers, and animals. A more difficult variation for older children is to have each answer in alphabetical order. For example, in the category of flowers, if the first answer is "aster" for the letter "A," then the next could be "begonia" for the letter "B," followed by "calla lily" for the letter "C" and so on. 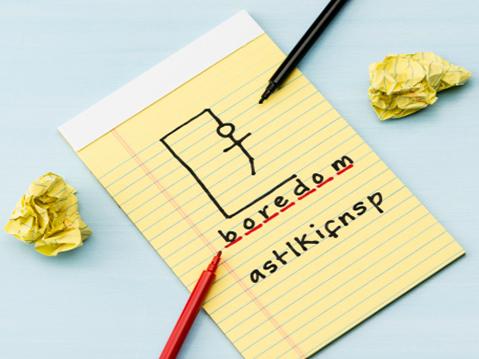 This classic word game is like a low-tech Wheel of Fortune. The first player thinks of a person, place, movie or book title and then writes down the first and last letter of the word or phrase with an underscore for each letter that has to be filled in to complete the word or phrase.

The second player guesses one letter at a time. If the mystery word or saying contains the letter, it is written in the correct place. If not, the first player draws a head on the hangman scaffold. A second incorrect guess results in a torso being drawn, a third in an arm being added, and so forth. When enough incorrect letters have been guessed, the dead body is complete and the second player loses. If the puzzle is solved before the body is complete, then he or she wins. The aim of the game is to compose the secret word or phrase before the man is completely hung.

This game, once the format of a radio show popular in the late 1940s, is usually a favorite with teens and adults. One person is "it" and thinks of an object. Each player, in turn, may ask a "yes or no" question about the item. The players have to guess what the item is by the 20th question. If they don't, the person who is "it" wins. Each player may guess during his turn. The player who guesses correctly wins. If he or she guesses incorrectly, that player is out and the others continue.

Some variations include allowing for the answer "maybe," and allowing for subjects other than objects, such as emotions, verbs and famous people to be used in the game. This game encourages creativity and deductive reasoning.

"Texas" could then be followed by "South Dakota," because the last letter of Texas is "S." Play until you run out of locations or you can't think of any new ones.

Just like children, adults can get bored on long trips. Adults can use games to play while traveling to stay awake and pass the time. 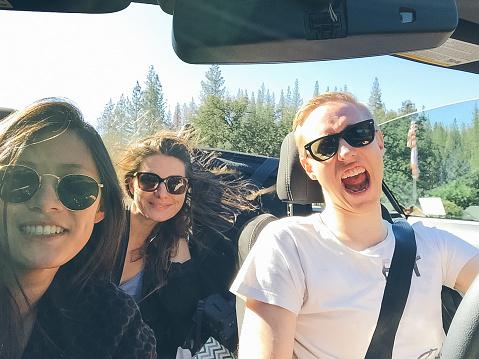 This is a great game to play when you are traveling by car. The first player takes a license plate from another car and makes a poker hand from it. The letter "A" is an ace, as is the number one. A "K" is a king, a "Q" is a queen and a "J" is a jack. The number "0" represents a 10.

The player may try three different license plates to come up with the best five card hand. The next player has to beat the first player's hand in three license plates. If he or she doesn't, they are out. If he or she has a better hand, the first person is out. The next player (if there is one) tries to find a better hand than the first two players hand and so on. The person with the best hand after everyone has had a turn is the winner.

This game gets the imagination going with an unending story, added by each player. The first player starts this game by telling the opening of a story. He or she relates five sentences of the story, then at an important moment, stops and says "and..." The next player picks up the story where it ends off and adds his or her own five sentences. The game ends when the destination is reached.

While You Were Sleeping

Did You Hear That?

If traveling companions keep up on the news and pop culture, consider playing this game. Players blend fact and fiction to try to fool their opponent. For example, player one can start the game by asking, "Did you hear that ________ happened?" The opponent can either say "that didn't happen" or "tell me more." If the opponent guesses correctly, they get two points. If they guess incorrectly, the player posing the question steals a point and gains an additional two points. "Tell me more" counts for double points. The person with the most points when the destination is reached wins.

This game is great for film and TV buffs because it connects actors through movies they have starred in. The game starts with one player naming an actor or actress and the next player naming the movie or TV show that they were in. The following player has to state another actor or actress from that movie until someone doesn't know the answer. The person that does not know the answer has to sit out the next round.

Part of the joy of traveling is trying out regional cuisine and snacks. This game challenges travelers to collect the most regional snacks and specialty food products from the beginning to the end of the road trip. Each passenger purchases a locally made or grown food item at a convenience store, gas station or food shop (duplicate cities do not count). The passenger with the most locally made snacks or food items at the end of the trip wins the "food" challenge.

Playing games is a wonderful way to connect and enjoy the journey. There are things to keep in mind to make sure that this experience is enjoyable.

Playing games passes the hours and provides important mental stimulation for travelers. Games banish backseat boredom by encouraging interaction between family members and traveling companions. Best of all, games are more fun than simply staring out the window of a car, train, plane or bus.

0
Comments
© 2006-2020 LoveToKnow, Corp., except where otherwise noted. All Rights Reserved.
Games to Play While Traveling