The Gold Coast of Australia is located in Australia's sunshine state - Queensland. It is Australia's 6th largest city that encompases over 140 suburbs, is home to over half a million people, and covers over 1,400 square kms. Its greatest assets are 60km of long sandy beaches, temperate climate averaging in the high 20's (celcius), and renowned surf beaches all backdropped by tropical rainforests and scenic hinterland region. See the Gold Coast City Council page for more statistics. 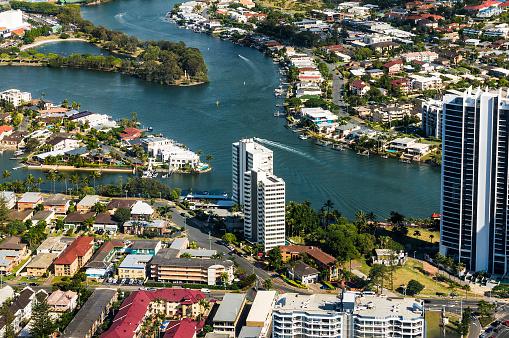 Popular suburbs of the Gold Coast (listed from North to South) include Hope Island, Runanway Bay, Main Beach, Surfers Paradise, Broadbeach, Miami, Burliegh Heads, Kirra, and Coolangatta. All these suburbs are positioned along the coastline of the Gold Coast. Resources: Gold Coast Map 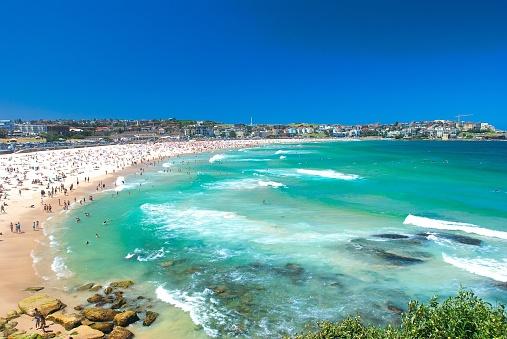 The natural beauty of the region is an attraction in itself with areas such as Springbrook and Mt Tamborine offering World Heritage Listed rainforests and spectacular natural beauty.

There is a wide range of attractions for every budget and taste available ranging from helicopter tours, fishing charters, watersports, tours and nightlife along with making the most of some of Australia's best surf beaches.

Accommodations on the Gold Coast are as diverse and plentiful as the region itself with a variety of options including apartments, resorts, hotels, caravan parks, backpackers, and hostels. The location of accommodation houses stretches from end to end of the coast through the inner city and even throughout the Hinterland region.

A major airport is located at Coolangatta that handles mostly domestic airlines and some international flights, although the majority of international flights land at Brisbane Airport. Gold Coast Airport is approximately 30-40mins from the center of the Gold Coast at Surfers Paradise and Brisbane Airport is around 1 hour. Airport transfer options from Brisbane include public transport via train (approx 1.5hr + 20 mins from train station to Surfers or Broadbeach), Shuttle services or Limousine. Rental Cars are also available. Gold Coast Airport transfers are available via Bus, Taxi, Shuttle, or Limousine.