Nashville, the capital of Tennessee, is known as "America's Music City." Home to scores of recording studios and hundreds of country singers, Nashville offers a wealth of music-related attractions, as well as the historic home of Andrew Jackson and much more. The city straddles the curving Cumberland River and its waterfront is filled with restaurants, shops, and restful park areas.

If you are planning a trip to Nashville, be sure to check out these must-see attractions:

Country Music Hall of Fame and the Ryman Auditorium

Opened in 1892, the Ryman Auditorium was originally built as a church, but is best known as the former home to the Grand Ole Opry from 1943 to 1974. Today, the large Greek revival building is a surprisingly intimate concert venue. In addition to attending concerts, visitors can tour the facility including the stage, backstage, and the Auditorium's extensive collection of country music memorabilia.

The Country Music Hall of Fame, located adjacent to the Ryman Auditorium, is a treasure trove of historic recordings, printed material, and music memorabilia. The museum's permanent collection includes more than 800 stage costumes, 600 musical instruments, and hundreds of objects from microphones to automobiles telling the story of country music. Also, part of the museum is the off-site, historic RCA Studio B, once the recording home of Elvis Presley, the Everly Brothers, and Chet Akins, among others. Buses take visitors from the Country Music Hall of Fame to the studio for tours.

No trip to Nashville would be complete without a trip to the Grand Ole Opry. The 4400-seat theater, adjacent to the Gaylord Opryland, is home to the world's longest radio show, as well as star-studded thrice-weekly shows. The country music classic moved to its present location from the Ryman Auditorium in 1974 to allow more visitors the opportunity to attend the concerts. Over the years, the Opry has been a springboard for such country music greats as Loretta Lynn, Johnny Cash, Roy Acuff, Hank Williams, and Patsy Cline. Daytime visitors can tour the backstage workings of the Opry as well as the famous main stage.

The Hermitage is the former home and estate of President Andrew Jackson and his family. One of the first presidential homes to be preserved for the American public, the Hermitage is filled with original furnishings and artwork from the Jackson clan. The 1120-acre estate includes the mansion, the Hermitage church, the tombs of Andrew and Rachel Jackson, and extensive gardens. A visitor's center hosts revolving exhibits and helps tell the story of Jackson's life and presidency.

The gracious antebellum plantation, Belle Meade, built in 1853, welcomes visitors to tour the Queen of Tennessee Plantations and see a slice of Nashville life from the period preceding the Civil War. The 550-acre site, carved from the original 4050-acre horse farm, includes the house, an early authentic Tennessee log cabin, and Discovery Paddock, an interactive kid-friendly exhibit depicting life on a horse farm. 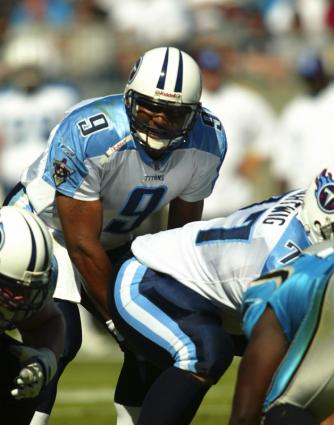 If you're visiting Nashville during football season, catch some NFL action at a Tennessee Titans football game. The team plays at Nashville's LP Field, an open-air stadium with seating for more than 68,000 fans. Tickets can be purchased online via the Titans website .

See Nashville by water as your cruise down the Cumberland River on the General Jackson Showboat. This 300-foot long paddleboat hosts daytime and evening cruises that offer stunning views of the city, plus plenty of on-board entertainment. Lunch or dinner is included in the ticket price for most cruises. The on-board entertainment varies throughout the year. You can view the full schedule and purchase tickets on the General Jackson website.

The Tennessee State Museum is open Tuesday - Saturday, except for major holidays. The museum's permanent collection includes items representing significant accomplishments in state history. Focal points include a full-size water wheel and reproductions of historical structures, including a pioneer cabin, an early printing shop, and a replica of a parlor from Antebellum times. Displays include items made in Tennessee such as furniture, silver, quilts, weapons and more. There are also numerous paintings created by Tennessee artists including a gallery of paintings from the Victorian era, as well as an impressive collection of Civil War memorabilia.

Frist Center for the Visual Arts

The Frist Center for the Visual Arts is a non-profit space dedicate to art exhibition. The facility has more than 2,400 square feet of gallery space. Depending on when you visit, you may have a chance to view major national or international traveling exhibits, or displays of work from talented local artists. Musical performances are often scheduled at the Frist Center as well. Visit the Calendar-Exhibitions page to see what will be on display during your next trip to Nashville.

The Bicentennial Capitol Mall State Park occupies 19 acres near the State Capitol building in downtown Nashville. The park features a number of attractions, including a museum with displays focused on the Civil War and monuments that tell the story of Tennessee's history. In addition to these educational components, the park offers plenty of opportunity for outdoor recreation. For example, there are a number of trails for hiking and biking, picnic areas, playgrounds, and several river fountains where visitors can swim from April through October. The park also has a 2,000 seat amphitheater.

Vanderbilt University's Dyer Observatory is a popular spot for those interested in astronomy. Telescopes are open to the public for star gazing on the second Friday of each month between March and November. The observatory is open to the public at other times throughout the year as well for open houses, lectures, outdoor concerts and more. View the online calendar to see what might be available when you are in town.

Nearly every chain hotel has a presence in Nashville, so there are accommodations available for all budget levels. If you're looking for a central location, consider these hotels: 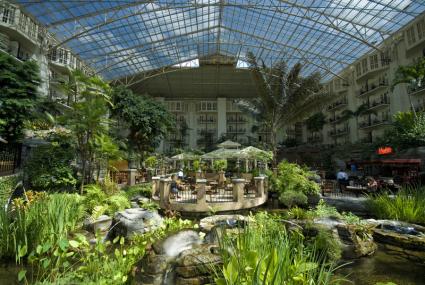 More than a place to spend the night, the Gaylord Opryland, now a Marriott property, is a destination in itself. The 2881-room resort includes a championship 18-hole golf course, 20 eateries, a children's club, a full spa, and a spacious atrium filled with tropical plants and birds as well as several swimming pools, a fitness center, and sweeping pastures complete with resident thoroughbred horses. During the holidays, Gaylord Opryland comes alive with thousands of poinsettias, a Radio City Music Hall Rockettes show, and special holiday feasts.

Located in downtown Nashville, The Hermitage mixes the city's music vibe with classic elegance. Expect Southern hospitality with luxurious rooms and world class on-site dining. What's more, many of the city's attractions are within easy walking distance from the hotel.

Sheraton's downtown Nashville location offers an option for travelers looking for an upscale hotel with a central location at a budget-friendly price. The atrium style hotel offers stunning views of the city and is within walking distance of many attractions. Complimentary breakfast is offered every morning. Each afternoon, drinks and snacks are offered in the hotel's Club Lounge. If you're traveling with pets in tow, this is the hotel for you, as dogs are welcome.

Located in the Green Hill's area of the city, F. Scott's is known for its kitschy environment and gourmet tastes. The seasonal menu changes frequently depending on what the restaurant can order locally, but expect Southern ingredients prepared with an international flair. If you need a break from Nashville's country scene, head out to F. Scott's to check out the local jazz musicians who perform nightly.

The Stock-Yard has been named one of the Top 10 steakhouses in the United States. The downtown Nashville landmark is known for its incredible steaks and amazing wines. Country music fans may also recognize the interior of the restaurant from the Trace Adkins video for his song Hillbilly Bone.

Merchants has been serving up food in Nashville since 1892. The eatery has been a staple of Nashville's country music scene thanks to its dual dining experiences. Casual dining can be found in the downstairs bar and restaurant while upstairs is reserved for a more formal dining experience. The menu mixes upscale Southern cuisine with simple American fare, such as burgers and fries.

Nashville's Aquarium Restaurant provides guests with a unique underwater dining adventure. The focal point of the restaurant is a 200,000 gallon aquarium that is home to well over 100 species of tropical fish. Dining tables are seated around the aquarium, providing spectacular viewing through floor-to-ceiling glass. The menu features a variety of casual dining dishes, including chicken, burgers, sandwiches, wraps, seafood, pasta and more.

Ready to get your Nashville vacation under way? Visit the Nashville Tourism website for additional help planning your trip and score some discount tickets to area attractions in the process.

0
Comments
© 2006-2020 LoveToKnow, Corp., except where otherwise noted. All Rights Reserved.
Resources, Advice & Tips for Covid-19
Read More
Things to Do in Nashville, TN