Normandy is a province of France, located along the English Channel northwest of Paris. It is the ancestral home to the Normans, the last people to invade England successfully, and the region draws in countless tourists every year through its beauty and historical significance.

Overview of the Normandy Region

Normandy is divided into five main regions: Calvados, Manche, Eure, Orne, and Seine-Maritime. Until 2015, it was also often split into two regions known as Upper and Lower Normandy.

Normandy encompasses quaint Tudor-style villages and picturesque ports, such as Honfleur. The Norman influence is still present in the area churches, abbeys, and castles, as well as its language, culture, and cuisine. It includes long stretches of beach, dramatic limestone cliffs, rolling verdant farmland, and the mouth of the Seine River.

Several major French cities are located within Normandy. These include Bayeux, Rouen, and Caen. 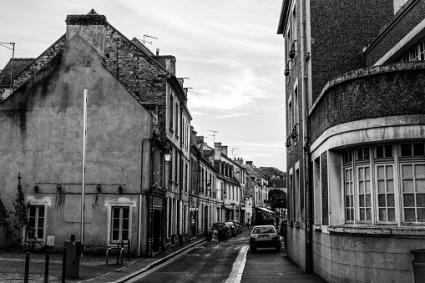 Bayeux is a small medieval town just inland from the English Channel. It is best known for its fantastic Bayeux tapestry, which depicts in great detail the Battle of Hastings and the Norman conquest of Britain by William the Conqueror in 1066. The tapestry is 230 feet long by 20 inches wide, and is delicately embroidered with scenes from the battle accompanied by annotations in Latin. There is some doubt as to the tapestry's origins. Many scholars believe it was created by Queen Matilda, William the Conqueror's wife, and her ladies. It is thought to date from the late 11th century. Today, the tapestry is housed in a museum in the town center and is one of Normandy's top attractions.

Settled during Roman times, Rouen is known as the city of One Hundred Spires, and it is also where Joan of Arc was burned at the stake. Some of the more noted sights in Rouen include the Joan of Arc Museum and the Joan of Arc Church. Other attractions include its medieval cathedral and 14th-century astronomical clock, the Gros Horloge.

Caen is located at the center of Normandy, near some of the region's beaches. The city is mostly new after heavy World War II bombing decimated the area. William the Conqueror built a chateau in Caen in 1060, which still stands. Check out the local museum detailing the city's role during World War II.

Not surprisingly, many of the top attractions in Normandy center around the region's significant role in history, especially memorials and battlefield sites that draw in many tourists every year. 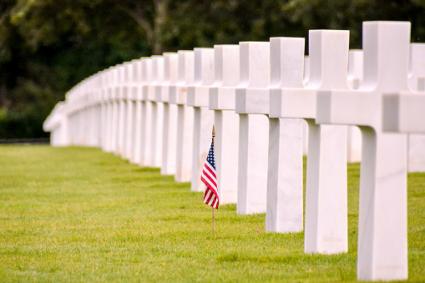 The World War II Normandy American Cemetery and Memorial (Colleville-sur-Mer) sits high on a cliff along Omaha Beach on the Norman coast, about 170 miles from Paris. It commemorates the American servicemen who died during the Allied invasion of Normandy on June 6, 1944 and the ensuing operations. The cemetery-a field of simple white crosses- was established on that first day of the invasion in 1944. It was the first American cemetery on European soil in World War II. The cemetery contains the graves of 9,387 American servicemen. Another 1,557 names are engraved on the walls of the memorial. They are the missing Americans whose remains were never located. 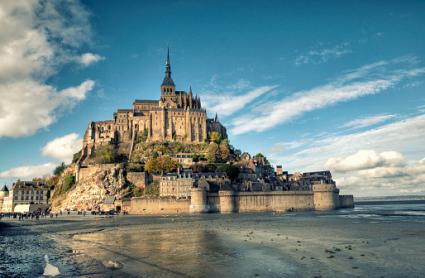 Mont St. Michel is a majestic granite promontory in the English Channel about three quarters of a mile from the Normandy shore. It is a tidal island, attached to the coast by a natural land bridge at low tide and surrounded by water during high tide. Mont St. Michel is home to an 8th century monastery that was dedicated to St. Michael after Bishop St. Aubert was visited by the archangel. An 11th century church adjoins the abbey. Today, visitors can take a causeway to the island, a wise decision since the tide in this area rises without warning at over two feet per second.

The Falaises d'Étretat are beautiful white cliffs and limestone rock formations that extend out into the sea along the village. They are said to be France's version of the Dover Cliffs in England. They have inspired many artists, including Claude Monet who painted them. 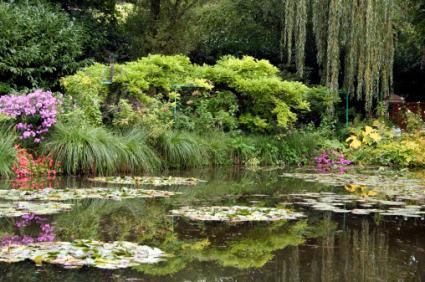 Giverny sits along the north bank of the Seine River, close to the town of Vernon. Monet spent many years here, eventually settling there with his companion Alice Hoschedé. It was here that the dreamy water-lily ponds developed, an iconic mark of the Impressionist painter. Travelers to Normandy can visit Claude Monet's old home and the stunning gardens. He lived here up until his death in 1926.

In Bayeux, you'll find the British War Cemetery on one side of the D5 ring road, and the Bayeux Memorial on the other. The cemetery is the largest Commonwealth cemetery of World War II in France. It was completed in 1952 and houses 4,144 Commonwealth graves, of which 338 are for unknown soldiers. There are also over 500 graves belonging to soldiers of other countries, many of whom are believed to be German. The Bayeaux Memorial recognizes the sacrifices of over 1,800 men from the Commonwealth land forces who died and have no known burial site.

Utah Beach was one of the two American landing zones in the Normandy region for the infamous D-Day of June 6, 1944. There is a museum and gift shop there as well where you can buy souvenirs, history books and DVDs, clothing, and other regional products. 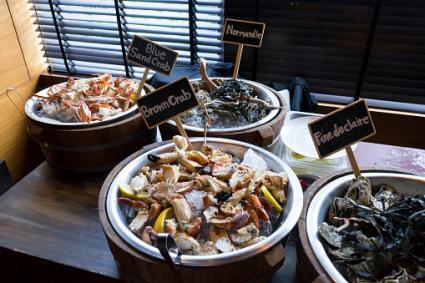 Norman cuisine is some of the best in France. The rolling fields are home to numerous dairy farms and the province is known for its cream dishes and cheeses, such as Camembert, Boursin, and Pont l'Eveque. Its coastal location makes seafood a prized culinary staple as well.

Apples are another regional specialty and are used in cooking, baking (as in the local favorite apple tarte), and in the ubiquitous cider and apple brandy, the best of which is called Calvados. Another liqueur of the region is Bénédictine, which can be enjoyed on its own or used as a base for cocktails.

Other Norman foods you should not misss include:

Because the region is large and noted for its superb cuisine, narrowing down where to eat can be difficult. There are many fine restaurants throughout Normandy. Here are a few that come highly recommended.

Accommodations in Normandy runs the gamut from small motels and boutique style lodging to grand estates and chateaus. If you're driving throughout Normandy, it might make more sense to stay in several parts of the region to get a feel for the local culture and immerse yourself in the surrounding scenery.

Refer to these recommended resources when comparing and researching lodging in Normandy. 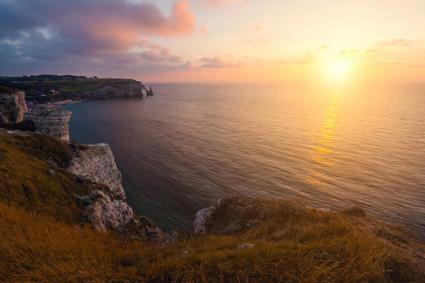 Even if you're a well-researched history buff, exploring the Normandy region can be overwhelming given its historical significance. There is so much more to see than just battle sites and cemeteries. One way to explore Normandy is by taking a guided tour. These can be day trips from Paris or overnight guided excursions that include lodging.

Normandy can be easily reached from Paris. It is about a two to three hour trip by car or a two-hour train trip from Paris' St. Lazare station to Caen. A car is very useful to get around Normandy and allows you to explore more off-the-beaten-path spots in the region. To ensure you have the best time on your trip, it's recommended you plan to arrive early to some of the region's busiest attractions, especially Mont St. Michel and the American War Cemetery.