Places to Go in Ireland

There is plenty to see and do in Ireland, even as you venture outside of the main cities. Ireland's countryside is quite renowned and many travelers find combining a few days in Dublin with several other destinations gives them a well-rounded Irish experience. Popular spots in Ireland include:

Attractions in Ireland and Northern Ireland

If you are planning a trip to Ireland, you might as well visit both countries. The convenience of going back and forth between the two countries makes travel easy. The border is rarely signposted. Sometimes you may need to show your passport at random checkpoints set up by the police.

There is a wealth of history to see in Northern Ireland. Some of the more popular attractions are: 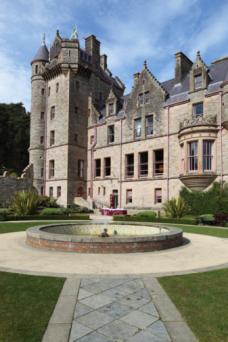 The are plenty of historical places to visit in the Republic of Ireland. Options in and near Dublin include: 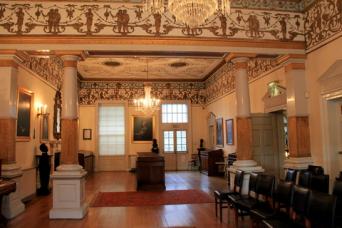 When to Visit Ireland

Ireland isn't renowned for its great weather. It's often rainy and chilly, but the temperature does typically remain relatively moderate throughout the year.

The peak tourist season is considered June through mid-September. Look for prices to drop in October and November and start rising again from mid-December to mid-January.

Look for the best airfares at the Aer Lingus site. Also, cheap international airfare may be available if you are willing to book a charter flight, use a travel agent, or go off-season. If you're traveling to Ireland from elsewhere in Europe, consider discount airfare on Ryanair. Travelers have a love-hate relationship with Ryan Air, but you can score ridiculously cheap airfares to Ireland from other parts of Europe. Don't forget, you will need a passport to travel to either Irish land.

The Republic of Ireland and Northern Ireland are serviced by these main international airports receiving intercontinental flights:

Smaller airports with domestic and regional services include:

Irish and English are the national languages of Ireland, but it's not uncommon to find Irish primarily spoken when you venture out of major cities into the countryside.

If you spend enough time planning your holiday, and accept that the weather typically leaves much to be desired in Ireland, you will undoubtedly have a fantastic time and find it hard to say goodbye, or Slán in Irish.