The Wine of Turin is produced in the vineyards that line the foothills surrounding the city. The city of Turin, in Italy's Piedmont region, is amdist vineyards that produce some of the country's - and indeed, the world's - finest wines. Among the wine of Turin are Barolo, Barbaresco, the sparkling Asti, and the lesser known, but delicious white wine, Gavi. The cool mountain breezes, hot summers, and cold winters here provide a perfect environment for wine grapes.

Piedmont, literally a foothill, includes the wine regions of Asti, Alba, and Gavi, among others. The well-known Barolo and Barbaresco wine designations are located within these larger areas. Most of the Piedmont region's wine grapes are grown to the east and south of Turin, where the mild autumns, with their heavy fog, are ideal for ripening grapes. In fact, one of the principal grapes of this region, the Nebbiolo, is named for the Italian word for fog, nebbia.

The Wine of Turin

· Barolo - One of the "heavy hitters" of Italian wines, Barolo is a powerful, full-bodied wine with a cornucopia of subtle flavors, such as strawberry, tobacco, chocolate, vanilla, and white truffles. Sometimes referred to as the "King of Wines," Barolo is best aged at least three years before it is consumed. This sought-after wine, made from Nebbiolo grapes, comes from the Alba wine region, southwest of Turin.

· Barbaresco - Also crafted from Nebbiolo grapes, Barbaresco is another full-bodied, powerful red wine, made in a small wine-producing area, about 20 miles south of Barolo. Unlike Barolo, Barbaresco is more accessible and may be consumed young as well as aged.

· Asti - Forget about those sweet wines you drank in college. Today's Asti has a rich floral, somewhat peachy, and yes, bubbly flavor to balance its sweetness. No longer called spumante (because of bad associations with cheaply produced wine), the sparkling Asti, made with Muscat grapes, is just one of the wines produced in this eponymous region. The Asti region, located just to the east of Turin, also crafts excellent Moscato d'Asti, a lightly bubbling (called a fizzante), sweet, low alcohol wine, and Barbera d'Asti, a light, soft, red wine, made from Barbera grapes.

· Gavi - Grown in the southernmost portion of central Piedmont, south of Turin, Gavi is a complex white wine with a high acidity. Made from Cortese grapes, a grape found primarily in Italy, Gavi is crisp and austere, with hints of ripe green apple, grapefruit, and even honey. As with many wine names in Italy, Gavi is a region (and a designated wine area) as well as a wine.

The Wine of Turin: Visiting the Piedmont Wine Region 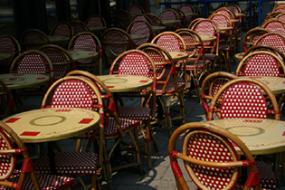 The Piedmont wine-growing areas make an excellent and relaxing day trip from Turin. Visitors can rent a car and visit many of the region's top producers. Most are within an hour's drive. Many Piedmont vineyards have tasting rooms, although, unlike most American wineries, Italian wineries generally charge a nominal fee for tasting their products. (You do, however, usually get to sample even some of their better wine.) Some vineyards have adjoining restaurants where visitors can try the wines accompanied by the hearty fare of the region.