Rome, often called the Eternal City because of its lengthy history, is one of Europe's most popular travel destinations. Its mix of modern and historic culture and long list of famous sights, including the Pantheon, Colosseum and Appian Way, have been seducing tourists from around the world since the beginning of the jet age. If you want something different you can even descend underground and visit the city's catacombs and ancient temples. Because so many people visit the Italian city, Rome has become remarkably tourist-friendly, so planning a trip isn't difficult.

To make sightseeing easier you can divide Rome into four distinct corners:

Spend a few days in each of these areas and you will go a long way toward getting to know the real Rome.

You'll most likely begin your Roman experience in the northeastern corner of the old city at Roma Termini, the Grand Central Station of Rome. Trains, metros and buses all use this as a hub of transportation, and its convenient location in the heart of the city makes travel from here very easy. The area around Roma Termini is the most commercial of Rome's four corners and the streets radiating from the station are lined with restaurants, hotels and shops of all types. For the bookworm in you, head out of the station and turn north. You will find a number of international bookstores. 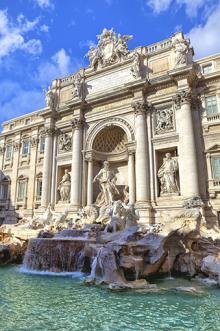 Vatican City is located in the northwestern area of Rome (though legally it's actually an independent country). With so much to see, mining its wonders can be a daunting task. There are so many magnificent buildings, statues and artwork in this part of Rome you could walk around for days and not come close to seeing everything.

The meat of Roman history, architecture and life is found in the southeast. Here you'll find the Colosseum, the Forum Roman (Forum), Palatine Hill and much, much more. Be prepared to spend several full days in this part of Rome.

Head to Rome's southwest corner and walk across the Tiber river. This area is the oldest of Rome's four corners and was an early Etruscan settlement even during Rome's formation. The Romans eventually conquered it but didn't build on the land, preferring to keep it merely for strategic purposes to control both sides of the Tiber river. As a result, mainly sailors and poor people began living here. Eventually rich Romans built lavish houses in the narrow streets of Trastevere and the poor were relocated.

The Italian currency is the Euro (€). Use the XE Currency Converter to calculate the exchange rate. You can change money at the airport, railway station, banks, post offices or one of the numerous exchange booths in the city, which the Italians call cambios.

Lonely Planet states that post offices and banks tend to offer the best rates, while GoRealEurope.com says that your best option is to withdraw money from an ATM machine, which are numerous and take all major charge cards. Your bank will charge you extra for each withdrawal, but the charge will be the same no matter how much you take out. Credit cards are accepted at most restaurants and shops.

A majority of travelers pass through Rome's ultra-modern Leonardo da Vinci/Fiumicino International Airport (FCO). This airport is located in its namesake town about 20 miles from the center of Rome. It is well-connected with the heart of the Eternal City by road and rail.

Passengers who fly low-cost-carrier Ryanair or who are on a chartered flight will land at Ciampino Airport, which sits about seven miles south of Rome's central districts.

All overland arrivals have an easy trip between the train station and the center of Rome. That is because international trains stop at the Termini Station in the heart of the city. 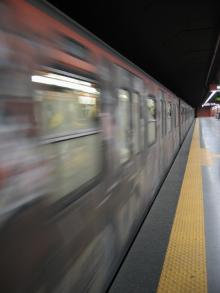 Rome has the Metrebus system that serves trams, buses and the metro. Single tickets cost from €1.50 for one journey on the tram or metro and for up to 100 minutes on the bus. The metro is the easiest way to get around the city's main attractions while the trams and buses cover a wider area of the city. Tickets can be bought at vending machines and ticket counters at the stations or from newsstands and kiosks outside.

Frugal travelers who plan to use public transport throughout the day can save with a €6 day pass. These passes can be bought at the central Termini station. The best deal for public transit riders is the 7 day pass. At €24, it is a good value for people who don't want to deal with taxis. Again you can use it on the metro, bus and trams.

Taxis are a convenient, but expensive, option. Rome's notorious traffic jams can turn a quick cross-town trip into a long ordeal. Still, taxis can be a good option, especially at night. Meters start at €2.80 and click up €0.92 every kilometer. Overnight service may carry a €5 surcharge. Flagging a cab might prove difficult, so it's a good idea to ask hotel, restaurant or museum employees to phone for a taxi.

Renting a car is possible, but traffic is bad and parking is ridiculously scarce, especially near tourist attractions. Cars are actually not a great option for convenience-minded travelers (and anyone else who doesn't want to spend an eternity behind the wheel). Nonetheless, drivers with large reserves of patience can rent a vehicle at Fiumicino when they arrive in Rome.

Much of the inner core of Rome is very pedestrian-friendly, with central plaza completely closed off to vehicle traffic. This means that visitors can take a train or bus trip to reach the Colosseum, Pantheon or Roman Forum, and then explore the surrounding attractions and areas on foot. A map is a handy accessory for foot-powered sightseeing.

Sightseeing is the main itinerary item for most Rome visitors. The Roma Pass offers significant discounts to visitors. The pass covers a number of attractions, including the Colosseum, Roman Forum and Palatine Hill, as well as a number of both history-themed and modern museums.

The first two venues that pass-holders visit are free of charge, and admission is discounted at all additional attractions. The Colosseum, Roman Forum and Palatine Hill count as only one "visit," so pass-holders still have another free stop on their itinerary. As of 2013, the pass costs €34 and also includes a three day public transit pass for metro, buses and trams.

Rome is a tourist city, so finding one's way is generally quite straightforward. Some employees at major attractions speak at least basic English, and hotel desk personnel are adept at giving directions and recommendations to Rome novices. Nevertheless, having a tour guide can be comforting to fresh-off-the-plane tourists. Rome has plenty of options on its guided tour menu. 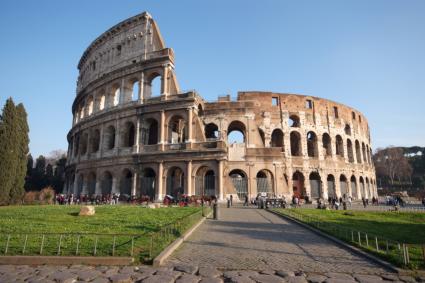 Even tourists who like to go-it-alone might want to consider a tour guide for a tour of the Colosseum, such as the one offered by Tickitaly. This is because tour groups get to forego the sometimes-lengthy line that forms at the general admission entrance.

Enjoy Your Time in Rome

While following these tips will ensure that you will make the most of your time in Rome, perhaps the most useful advise is the old adage: when in Rome do as the Romans do. In other words take your time and see everything, and see everything again. Without a doubt the city of Rome is one of life's finer things.

Spend a few days in each of these areas and you will go a long way in getting to know the real Rome.