Venice sightseeing is some of the best in Europe. The city has been referred to as "the most romantic of places", and surely one of the world's great views has to be that first spectacular glimpse of Venice's skyline. This Italian city is, indeed, a tourist's delight - and the tiny area of St. Mark's Square (the Piazza San Marco) and its immediate vicinity, with its renowned canals, narrow passageways, and architectural wonders, is its most popular section.

You'll arrive at St. Mark's Square via the Grand Canal, Venice's main water thoroughfare, and you'll witness the colourful and busy spectacle of gondolas and vaporetti (boats) as you pass by several magnificent palaces and historical landmarks on your way to this destination.

Upon your arrival at St. Mark's Square, you'll probably marvel at the great number of pigeons that you'll find - and the awesome magnificence of St. Mark's Basilica itself (consecrated in 832 AD). St. Mark's Square is the city center, and it's probably the most famous and most photographed plaza in all of Europe! It's surrounded by intriguing shops, cafes, and boutiques. If you wish, you can ascend the St. Mark's Bell Tower (Campanile de San Marco) for incredible views of Venice, the lagoon, and the distant majestic peaks of the Dolomites.

There are several worthwhile palaces to see in the immediate area, including the ornate Doge's Palace (Palazzo Ducale), which was Venice's seat of power for more than a thousand years, Ca Rezzonico (a lavish palace of the Venetian aristocracy that now houses an outstanding collection of 18th century art), and the Palazzo Labia, where visitors can admire its beautiful frescoed room. 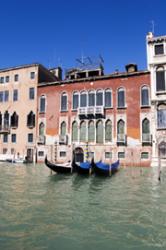 Along the Grand Canal

Check out Venice's museums, too, including the Museo Storico Navale (Naval History Museum), Ghetto Ebraico di Venezia (the Jewish Ghetto and Museum), Museo Civico Correr (the Correr Civic Museum), the Palazzo Grassi (where exhibitions of international interest are organized each year), and the Peggy Guggenheim Museum (which features international works of contemporary art).

Venice's inspirational and historic churches include St. Mark's Basilica (with its Byzantine influences - and housing the remains of St. Mark), Santa Maria Gloriosa dei Frari (founded by Franciscans, and containing exceptional paintings and sculptures), Santa Maria della Salute (in which the church's façade is decorated with over a hundred statues), Santa Giovanni e Paolo (built by Dominicans in the 14th and 15th centuries as the largest church in the city), and the Church of San Giacomo di Rialto (the oldest church in Venice).

Venice Sightseeing: Other Points of Interest

Other points of interest in Venice include Teatro La Fenice (the world famous opera house that was rebuilt after being destroyed by a fire), the Arsenale (a storage shed for boats and weapons), Marco Polo's home (located close to the Rialto Bridge), the Rialto Bridge (Ponte di Rialto) which, at one time, was the only bridge across the Grand Canal, and the historic Bridge of Sighs (reputedly named after the "sighs" of prisoners who crossed it to their executions). Yet another worthwhile visit is to the Gallerie Dell' Accademia di Venezia (the Academy Galleries of Venice), for it features Venice's premier collection of Venetian artists (including Bellini, Canaletto, Giorgione, and Tintoretto). 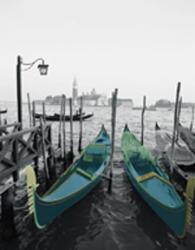 Venice does, indeed, have a lot to offer the visitor. But Venice sightseeing is certainly much more than just St. Mark's Square and its immediate vicinity, for the Venetian lagoon is actually an archipelago of more than a hundred islands, many of which are inhabited, vibrant, and well worth visiting (including Burano, Lido, Murano, and Torcello). Add a visit to at least some of these lagoon islands as part of your exploration of Venice.