The International Ecotourism Society (TIES) defines ecotourism as "responsible travel to natural areas that conserves the environment and improves the well-being of local people." This type of travel is becoming increasingly popular, and, according to the Global Development Research Center (GDRC), represents "the fastest growing market in the tourism industry." If you're planning a vacation that includes ecotourism, there are a number of wonderful place you'll want to consider.

Panama's Darien National Park consists of 1.4 million acres and is Central America's largest national park. The rainforest is a United Nations Educational, Scientific and Cultural Organization (UNESCO) Biosphere Reserve and is one of the ten top bird watching spots in the world.

Bob Diener, travel expert and Getaroom.com founder ranks Darien National Park as one of his three absolute favorites. He explains, "This destination is still very untouched, as few have visited as compared to other destinations such as Brazil, Ecuador and Costa Rica." In the park, Diener states, you can "visit native tribes and learn their understanding of medicinal benefits from various plants in the rainforest, as well as learn how logging is hurting nature's greatest gift to us - the ability to heal ourselves through the plants in the rainforest."

ShermansTravel.com lists the Galapagos Islands first on its list of ten top destinations for ecotourism, describing the islands as "the eco-travel equivalent of making a pilgrimage to Mecca." The Galapagos Islands are also one of Diener's three favorite ecotourism destinations. Here, Diener states, you will get to "experience Darwin's theory of evolution, see wildlife indigenous to the Galapagos (including the giant tortoise) and witness the importance of preserving the delicate ecosystem and the animals that are nearly extinct."

Diener's Darwin reference is based on the fact that Charles Darwin wrote his On the Origin of Species book based on observations collected in the Galapagos Islands.

3. The Maasai Mara in Kenya, Africa 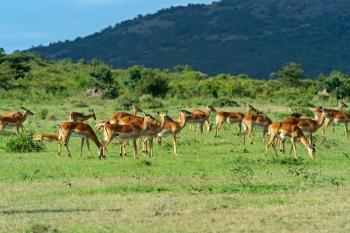 Impalas in the Maasai Mara

In an ecotourism interview on CulturalSurvival.org, Meitamei Ole Dapash, Executive Director of the Maasai Environmental Resource Coalition (MERC), describes Kenya's Masai Mara Wildlife preserve as "one of the best and most popular tourist attractions in Kenya."

This destination is included in Diener's top three places to visit for ecotourism locations. Diener says you can "watch the beauty and natural life of the animals in their habitat, as well as learn how many have become almost extinct from hunting."

IndependentTraveler.com names Palau as one of the five best destinations for ecotourism, stating that its "remote location ... has helped to shield both its natural resources and its cultural traditions from the detrimental effects of mass tourism."

Palau is a scuba diver's paradise, a fact that led to Fox News naming the island nation as one of the five best diving destinations in the world. The destination is just as beautiful on land, where visitors have a chance to hike through natural jungles and enjoy strolling unspoiled beachfront along the Pacific Ocean's coast. 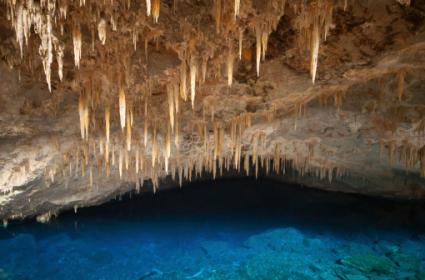 Named as the 2013 Best Destination for Responsible Tourism in the World Responsible Tourism Awards program, Bonito, Brazil is an ideal ecotourism destination. Lonely Planet describes Bonito as "the ecotourism model for Brazil" due to the measures authorities have taken to preserve its natural resources. According to Blue & Green Tomorrow, attractions include "waterfalls, crystal lakes, caves with stalactite formations and ... the Serra da Bodoquena national park."

Bonito is known for amazingly clear water, due in part to high levels of limestone located in the ground, making it a particularly desirable destination for those who enjoy scuba diving and snorkeling.

Clayoquot Wilderness Resort, which is located near Clayoquot Sound in British Columbia, Canada, is named by Mother Earth Living as one of North America's top ten ecotourism destinations. Open only during the summer, this resort is located on Vancouver Island near the UNESCO-designated Clayoquot Sound Biosphere Reserve and can be accessed only by water.

Its accommodations consist of 20 large canvas tents, each outfitted with comfortable beds and antique furnishings, and located on the banks of the Bedwell River under the canopy of rainforest trees. 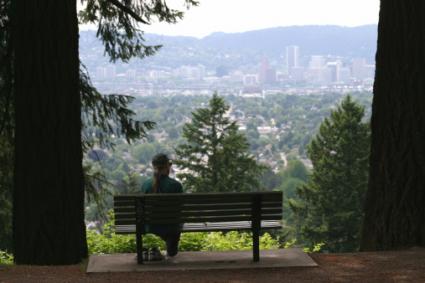 While the United States might not be the first place that comes to mind when thinking of ecotourism, Jaunted.com names Portland, Oregon as one of the top five spots for ecotourism in the world for its commitment to sustainability as well as its "towering tree-filled forests, great skiing and bicycle friendliness." A USA Today Travel Tips article points out that Portland's Forest Park is the "largest urban wilderness" in the U.S. and that the city is known as "one of the greenest cities in the United States."

Visitors can enjoy viewing breathtaking natural attractions such as the Tualatin Mountains, the Willamette River, the Columbia River and Mount Tabor Park (home to an extinct volcano), as well as dining in "one of the most locally-based, environmentally-conscious culinary scenes in the country."

The Saturday Evening Post lists Iceland as one of the ecotourism destinations for "beautifully green travel." Iceland is described as a "truly sustainable destination" on MyNatour.com. Visitors to the "land of fire and ice" can enjoy hiking on a glacier or crater, basking in nature baths, go on a whale watching tour, view the sulfur fields, visit the spot where the continental plates joining Eurasia and North American connect, and much, much more.

The country is completely committed to conservation, and welcomes visitors who want to enjoy its wonders in a responsible way.

These are just a few of the many wonderful locations to consider when planning an ecotourism adventure. With so many options, the biggest challenge will be narrowing down your selection. You may want to go ahead and plan out your vacations for the next several years, setting aside a few days - or weeks - each year to get away from the busy pace of daily life to enjoy the natural beauty of an ecotourism destination.